congratulations CTRL... glad to see my apprentice solved it before me

You really deserve it though, you worked your ass off through this puzzle and it's quite a feat. Someday I'll get this, no doubt about it. #15 or #100... i'll do it.
Top

hehe thank you man. i'm still wondering how the f*ck its possible.
there is definetly some weird shit going on here.

i want you to solve it too. but it will be very suspicious if you solve it really soon. you have to wait to remote view the right one. hehe

oh, and btw. you are not glad.

you are super pissed deep inside. hehe
Top

hehe, thanks gamemastertips. i heard you beat it on first try too.

Oh yeah, dead easy. XD
Funny thing, without using any teqniques, I saw one part of the picture almost instantly but just brushed it aside. I saw the second part out of some really incredible coincidence.

Though, according to David, I think you've been the most accurate with your result, yet.
Top

I did replace the picture now...not to the one CTRL accidentally viewed.

PS: whoever has already solved it might just try again, if there is some intuition. Just for fun.
Top

Thanks, David!
I'll give it a shot when I get some time. You should put some kind of mark next to the peoples names depending on how many different images they successfully viewed.

yeah gamemaster. weird thing is. i got the "future solution" picture in my head right away. without even trying. then i just send it in.
and when david asked me to get the current one. my gf came to me with my son in her arms saying i had to take him and i just: "Hold on, i just need to get a picture in my head". and while she was standing there with my son crying next to me. i got a pic up in my head immidietly, but that didnt feel right so i pushed it away and got another on right away and mailed it in. and it was the right one. hehe.

and especially the second pic, i saw very clearly. even colours.


*Edit* just emailed my solution for the new Nu-pic. this time though, i only saw colours, no direct object. I didnt get exactly in the right state of mind. but what the heck. I have allready completed Nu so i dont care if im wrong here

oh and David. is it allright to talk loud about the previous solution now? the one that me and gamemastertips got?


*Edit2* ok, had the colours right. but now im just gonna sit and think about the colors and that's gonna ruin the mind. but i'll try some other time

After seeing 3 attempts at the new Nu, I think it's a pretty tough one to view.
Also previous attempts with friends have been far worse than with the old one, which seemed to be pretty easy.
I'll wait a while, and then consider changing it to something easier.

And here is the old target: 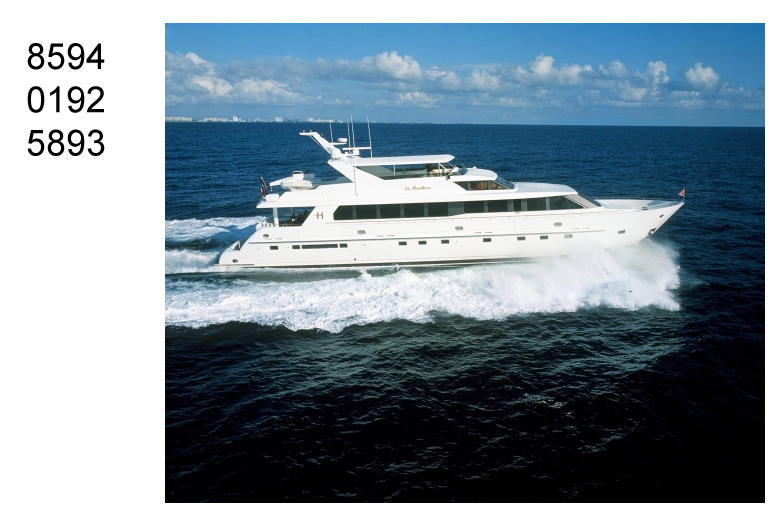 Jenn was dreaming about a German guy (me) trying to sell her a boat, and she kept seeing the red triangle (maybe the little flag?)
Most people just said right away, "it's a boat" or "boat/raft on a lake/sea/river". Or one said "going fishing", which was vague, but I let it count.
What I got a lot as well was the skyline and water.
2 guys have been listening to a song called "I'm on a boat" while solving the riddle, and I watched the video clip. One scene in it looks just like the solution. Crazy.
Someone, not sure who (can't tell your crazy nick names apart

), who's living in New York, saw this plane crash in the river. He kept seeing this scene.
And if you compare it, it looks pretty much like the solution actually: http://www.ntnews.com.au/images/uploade ... -crash.jpg

I get the impression, that the solution is often trying to sneak to people via different other things they know, that are very similar to it (the song, the plane, and other crazy occurences).

All please talk openly about your solutions now, I'm sure there is a lot to share.
Top

Wow...that dream was hilarious. There's practically no way anyone can deny this stuff to be true, anymore.

The funniest thing about this target was the picture
of kpatterson with his girl friend which he submitted
in the old forums. Not knowing how near he was to the
old solution. All I thought was: "Go on you got it"...
Top

@David, I think something's wrong with your <censored to prevent spam> e-mail--I keep getting "undelivered mail" notifications when I try to send you something. Do have any idea why?
Top

And it wasn't just one dream.
That German guy just wouldn't shut up about the damn boat. Once I told DavidM about my dream.. the dreams stopped.

I don't know if I can devote my time to solving the new NU. My life is currently wrapped up in finding a local girl who was abducted almost 3 months ago. I'm a volunteer for a national missing childrens foundation and I'm working on her case. I just can't wrap my brain around anything but Lindsey right now.

Hopefully someday I'll do it

frkyjenn wrote:And it wasn't just one dream.
That German guy just wouldn't shut up about the damn boat. Once I told DavidM about my dream.. the dreams stopped.

I don't know if I can devote my time to solving the new NU. My life is currently wrapped up in finding a local girl who was abducted almost 3 months ago. I'm a volunteer for a national missing childrens foundation and I'm working on her case. I just can't wrap my brain around anything but Lindsey right now.

Hopefully someday I'll do it

EDIT: BTW is the new display picture you?
Top