Think this might help us a bit. Its quite a mouthful, but meh, I guess its a start.
Top

I can't believe I'm just finding out about this level now. I couldn't even remember the password to my old account (veryhardgame) so I had to make this one. I just donated to get my new log in info so hopefully I can get started here soon.
Top

dragonx11x wrote:I. Am. So. Frustrated. I. Am. Gonna. Throw. Something.

Time to stop for a while, clear your mind and stop working so hard on this. You'll never get it this way.
Top

well this is frustrating... davidm is still not sure whether i had enough to solve it after he gave me the link of the solution page................
Top

Nvm! He said, "Yes, it's solved.
If you want to get deeper, I can give you another target."
Top

Had to think about it for some time, because your solution was quite on the edge...
Top

Toooooooo true. It is rather simple
Top

Ah, idk, ever since my sister showed me this riddle what like... 4 years ago? I've always been fascinated by it, but since i was little then, I only got up to level 6 and got stuck.

, Now, 4 years more mature, I finally made it to the level I've been looking forward to all this time, the one that seems almost too awesome to be true, and I'm stuck. I feel like I almost have it but..
Top

I am freaked.
I can't believe I solved this

It's time for a new target again.

This is the old one, which you've all been viewing over the last year: 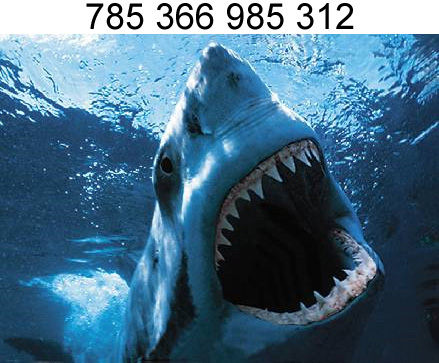 Some of the correct answers from the people who solved it:

Komanda: "Shark and Iceberg" - There's no iceberg, but as I said at the end of the post; the shark actually looks like a mountain if you cover the mouth.

Tobias: "so the ocean comes to mind. that plus the hole, plus the jagged edges" [...] "it kind of looks like an open mouth, with jagged teeth"
He also painted this: 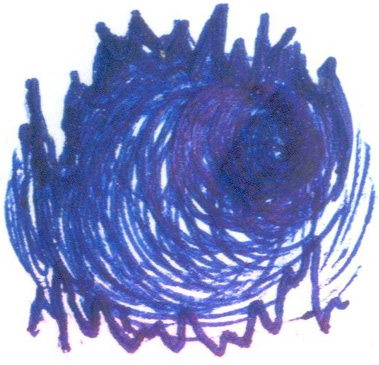 Zorkion: What he painted looks sharkish enough to me. Plus he kept saying it's pyramid shaped, which is actually true in this image. 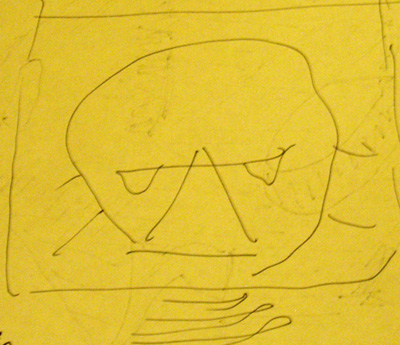 Luca: Sea, beach, leguan (or similar animal), satellite dish
Another crazy story happened here. Luca solved it in January 2011. Later he found out that he posted this exact same picture in the middle of december 2010 on Facebook, look: 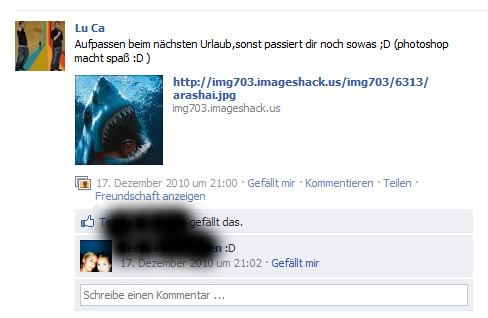 Kimmo, who was not considered to have solved it said: "It is something that is approaching me, not sure what it is. It is that kind of situation where you need to react to and not stay there just looking what it is." (Now I don't really see why I didn't let him pass; if you're reading this, contact me!)

-There have also been several submissions about "mountain and water", which is pretty good. If you cover the mouth of the shark, it actually looks like a mountain!
-Many people submitted answers with lots of water in it and the sun, which I didn't let count, because the main object of the image is the shark.

That's it! There is a new target up now!
Top

i'm annoyed that you changed this before i got a chance to email you again! i had the water bit and was planning to email you about "white pointy things" (although i had thought it was the sydney opera house haha) but i got caught up in my revision and didnt get round to it. oh well, at least i was getting close, perhaps ill solve this one.
Top

I wouldn't have let the "white pointy things" count anyway.
But if you look at the shark and compare it to the sydney opera, the shapes are very similar indeed.
Top

true, well at least its progress! ill give it a really good shot some time soon.
Top